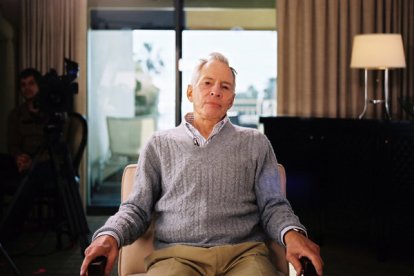 The Jinx finale had been building up to be a big one but not even the series producers’ could have expected a lead-in as a big as the arrest Robert Durst on the eve of their final episode. In a twist that seemed perfectly timed, the HBO program managed to do what decades of police investigation could not — find a solid link between Robert Durst and Susan Berman’s murder. Though much of this final episode seemed to be filler content before the explosive last ten minutes of the program, we did see first hand a part of Robert Durst that was manipulative and deceitful. Whether Durst started to have second thoughts about the outcome of this show or just plain got bored with the project, we saw him lie to the series producers about his whereabouts and delay scheduling a second interview time after time. At one point Durst says he is in Madrid when it is later discovered that he’s been in Los Angeles.

After months of dragging his feet, Robert Durst is arrested in New York for violating a protection order put in place by his family members. Andrew Jarecki suddenly finds himself with the upper hand. Durst’s lawyers want some of the footage Jarecki took in order to build their defense case. However, this footage comes at the price of Durst sitting down for the anticipated second interview during which, Jarecki plans to confront Robert with the much talked about letters that appear to match Durst’s handwriting to the handwriting of the anonymous letter to police alerting them of Susan Berman’s dead body or should I say cadaver.

The final interviews happened and it was rather anti-climactic. Durst didn’t seem outwardly alarmed (aside for some unfortunately timed burping) and responded how we all thought he would respond. He admitted to writing the letter to Susan but certainly not the cadaver letter and of course, block lettering can be similar regardless of the writer. The really outrageous part of the finale came at the very end when for a second time, Durst forgot he was mic’ed and started talking to himself while in the bathroom. He actually says the words “There it is. You’re caught” and “What the hell did I do? Killed them all of course”. I actually gasped when I first heard the latter.

Given that Robert Durst was arrested for Susan’s murder, I was anticipating a real smoking gun or even (I admit this is a little far fetched) a confession. But after analyzing it, I think that what he said is incredibly incriminating (and my heart tells he did it), it’s definitely not irrefutable evidence. I can easily see how with a million dollar defense team, that could be explained away as someone talking to themselves in a nonsensical way not to mention that as The New York Times suggested, this tape could be inadmissible in court due to the fact he was in a bathroom and could have reasonably believed he was alone. The same goes for the letter. They can potentially prove that he knew about the dead body but is there actual evidence that he committed the murder? Just as investigators could prove he dismembered Morris Black but could not prove that he actually committed an act of murder. Unless investigators have some additional evidence that ties him to the murder, there is definitely some work to do for the prosecution. 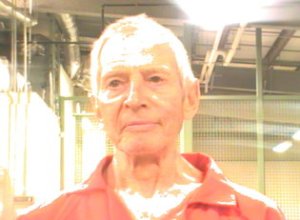 I also find it so hard to believe that Durst would forget about his microphone being on. As eccentric and sometimes bumbling as he comes off, I have no doubt that he is a highly intelligent and aware man. Which begs the question, was he just messing with us? Is he trying to provoke us so he gets caught? Only time will be able to tell and the media circus is going to continue until some kind of closure is found in court.

It’s been an exciting six episodes as us viewers got to know Bob Durst, an eccentric, strangely likable and at the same time chilling character. This series is a great example of how expertly executed documentary film can have a real impact on the issues it covers. In this case, it led to an arrest in a decades old murder case. Jarecki and his team’s stellar research made for an extremely compelling and revealing series. As sad as I am that this series is over, I have no doubt that we will be hearing much much more from Mr. Robert Durst. 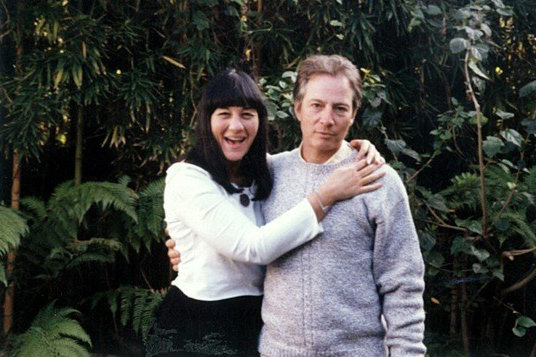 If you’ve been religiously watching The Jinx on HBO like I have, you would know that this Sunday’s episode included a new revelation about the murder of Robert Durt’s close friend Susan Berman, one that seems to pretty clearly implicate Durst in her murder or at least that he had knowledge of it. Andrew Jarecki’s documentary series has been slowly building to this moment and wow, is it a big one.

Trying to ride off the coat tails of the Serial podcast’s huge success, HBO released this similarly serialized documentary series hoping to capture some of that audience. As a Serial fan, I definitely took that bait and have been thoroughly enjoying this series albeit for different reasons. Though there is a lot less ambiguity around this case (some parts of Durst’s story are just so far fetched to believe I found myself wondering less if he did it but how he got away with it), the masterful way that it the story is told with beautifully eerie visual sequences and incredibly telling moments such as Robert Durst quietly rehearsing to himself what he was going to say during a break in the interview is what really caught my interest. Another big difference is this new evidence that the filmmaker discovered. Unlike Serial which analyzes existing evidence to draw its conclusions (some of which was ignored such as Asia McClain’s testimony), Jarecki and HBO’s The Jinx just made a connection that can make a real difference in an unsolved murder investigation and possibly lead to an indictment.

The revelation came at the end of the episode when Sareb Kaufman, Susan Berman’s stepson, contacted the filmmakers to alert them about a letter he had found sent from Robert Durst to Susan before her murder. When he handed over the letter, the producers are shocked to see that the handwriting is almost identical to the handwriting on an anonymous letter sent to the Beverly Hills police alerting them to a “cadaver” in Susan Berman’s home and leading to the discovery of her body. Looking at the writing it looks almost undoubtedly the same (at least to my untrained eye). Even the word “Beverly” is misspelled as “Beverley” in both letters. Kaufman, who had maintained a relationship with Durst since his step mom’s murder, was in tears while comparing the two letters. I have to admit that I was a taken aback that anyone would be hanging out or accepting money from someone that was suspected of being involved of their loved ones murder. This moment seemed like Kaufman’s admission to himself that he could no longer ignore the reality that he could have been dancing with the devil. 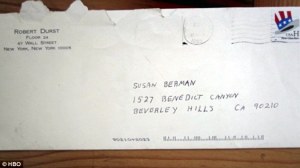 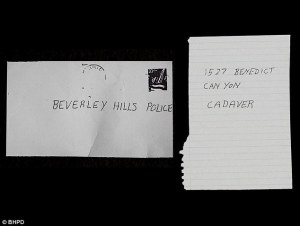 Susan Berman was a close confidante of Robert Durst and it is theorized that she could have known details of the disappearance of Durst’s wife and may have been killed by Durst to prevent her from talking. According to The New York TImes, the Los Angeles Police Department has recently reopened the case and this letter could be a huge part of their new investigation. Unlike Adnan Syed’s case that seems to be drudging its way through the court appeals process, we might really see some progress in terms of the Robert Durst saga sometime soon and theoretically a season two of The Jinx. The episode ended with references to a second interview with Robert Durst where the filmmakers confront him with this new evidence. This is the first time in the season where I have been really anxious to the see the next episode and I can officially call myself hooked on the show. Sadly, this next episode is the last one.

I will admit that during parts of his interviews Robert Durst came off as likeable, quirky man who I almost felt some kind of sympathy for. But I find it hard to deny this new and pretty damning evidence. Is this an eccentric man that had the worst luck in the world or this a privileged serial killer whose status allowed him to get away with multiple terrifying murders? We’ll never know the answer with a hundred percent certainty but I think we’re getting close.